Take Me Out to the Beep Baseball Game 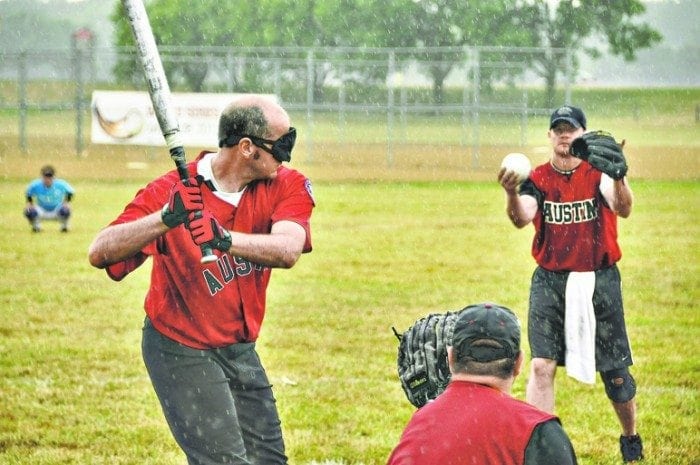 A member of the Austin Blackhawks Beep Baseball team prepares for the pitchers delivery. (via Your Weekly Paper)

Thanks to a relatively obscure invention in 1964; sighted, blind and visually impaired athletes alike can enjoy the game of baseball!

Can you hear the roar of the crowds getting louder? We’ve reached April and you know what that means; it’s baseball time, America’s favorite summer pastime!

Fans both young and old are flocking to stadiums all over the country to cheer on their home-team and enjoy the exciting atmosphere that baseball brings. Stadium vendors bless us with the distinct aroma of hot dogs, cotton candy, peanuts, and ice-cold beers. And who can forget the hard working groundskeepers who give us the exceptional sent of freshly cut grass.

For thousands of blind and visually impaired athletes around the world, baseball was once a game they could only dream about playing. That is until 1964, when Charles Fairbanks and volunteers at Pioneers (formerly known as Telephone Pioneers of America) decided to experiment with placing a small, sound-transmitting device inside a normal softball. The device included two electronic circuit boards, three nickel-cadmium batteries and a speaker from a telephone handset that emits a beeping noise. From the outside, the ball looks just like any other softball, except that its’ slightly larger and a cluster of small speaker holes punched into the leather wrapping that allows the sound of the beeps to escape.

Thanks to these thoughtful volunteers; the game of baseball changed overnight and became accessible to athletes who are blind or visually impaired! 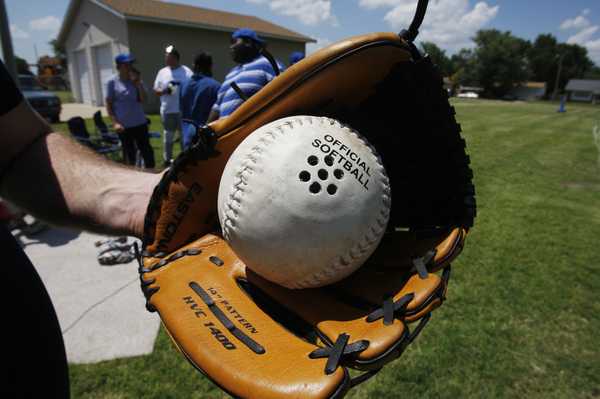 Beep baseballs look very similar to regular softballs except that they are slightly larger and have a small cluster of speakers. (via The Wichita Eagle – Kansas.com)

The rules of beep baseball are very similar to the original game, except that the pitcher throws to his teammates and the bases are shaped like tackling dummies instead of the small white squares fans are accustomed to. In 1976 the National Beep Baseball Association (NBBA) was organized. The NBBA manages the annual Beep Ball World Series, which brings together blind athletes from all across the world to compete in the winner-take-all tournament.

Local, state, and regional tournaments are also organized and take place throughout the spring and summer months. There’s the Indy Thunder Beep Baseball Bonanza in Indianapolis, IN; the Bolingbrook Beep-Ball Bash in Bolingbrook, IL and the St. Louis Firing Squad Invitational in St. Louis, MO just to name a few.

The World Series of Beep Baseball takes place annually in August at various locations. Its’ been held in my childhood hometown of Cleveland, OH three times but the one that really sticks out is the overseas trip to Taiwan in 2000. What an outstanding experience that must have been for the athletes!

Beep baseball is played on a grass field with 6 fielders (typically a 1st baseman, 3rd baseman, shortstop, left fielder, right fielder, center fielder, and 1 or 2 “spotters”). The only other players on the field are the pitcher, catcher, and batter from the other team. Fielders and batter are blindfolded and in most cases are required to be legally blind to participate. The catcher, pitcher, and spotters do not wear blindfolds and are usually sighted.

The “tackling dummy” bases I mentioned earlier are colored blue, nearly 5 feet tall, and have a foamy interior with built-in electronics that cause it to buzz continuously after a switch is turned on. The bases are placed 100 feet from home plate and are in equivalent positions as in regular baseball. 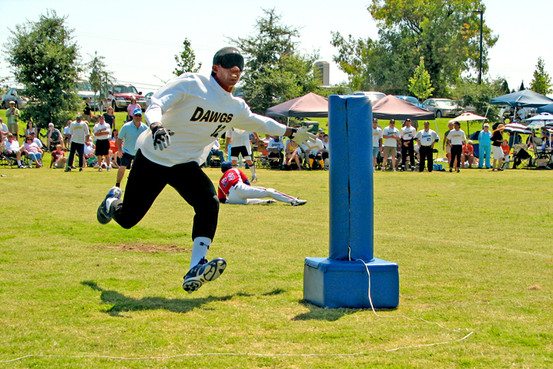 A member of the West Coast Dawgs scores a run at the Beep Baseball World Series. (via Ben Worthen with The Wall Street Journal)

How Are Runs Scored in Beep Baseball?

After a player cracks the bat and sends the ball into the outfield, a base operator turns on one of the two bases (1st or 3rd) for the batter to run to. If the batter is fast enough and touches the base before a fielder can pick up the ball, the offensive team scores a run. It takes 4 strikes instead of 3 for a batter to be called out. If the ball goes beyond the two base lines or doesn’t travel at least 40 feet, it is ruled foul and counted as a strike unless it’s the potential fourth strike. If the ball stops beeping and becomes silent, it’s considered a “dead ball” and the strike count is reset.

When a batter gets a hit, the spotter or spotters yell out a number to signify which part of the field a ball is traveling towards. Fielders run towards the specified section and listen for where the ball is specifically, sometimes diving to the ground to get it. If the fielder picks up the ball before the batter reaches base, the batter is called out. The spotter must also watch to ensure that players don’t collide with each other. Spotters aren’t allowed to say anything besides the numbered region on the field, and two spotters cannot make a call on the same play. If either case occurs, a run is scored for the team at bat.


How Many Innings Are Played in Beep Baseball?

Beep baseball is generally played with 6 innings; 3 innings shorter than a Major League Baseball game. If the team in the lead is up by twelve or more runs, the other team has the opportunity to have short innings in which the losing team bats every inning and the winning team fields. This is known as the twelve-run rule. If the other team makes up the difference, then the team that had been winning gets back all their missed at-bats.

There are no age or gender-based restrictions in beep baseball; people as old as 70 and as young as 12 have played.

Those are some really cool names but perhaps I spoke too soon. Other Beep Baseball team names like the Bay Area Microchips (San Jose, CA) & Florida Flamingoes (Orlando, FL) aren’t nearly as intimidating.

Complete List of Beep Baseball Teams (registered for the 2013 season)

Whether you’re a player or a fan; my hope is that everyone enjoys the upcoming season as much as possible. Even if you’re not into baseball; give it a try. Gather the kids and make an afternoon out of it. It’s a great way to spend time together away from the house! Play Ball!

Beep baseballs are currently manufactured by Qwest Pioneers. You can visit NBBA.org for more info and instructions on starting a new team in your area.