I decided to have a little fun this week and bring some extra laughter to your home or office by sharing these ridiculous braille fails. This is purely meant as satire and is not to be taken seriously so you’re not allowed to be offended.

Braille fails are everywhere. If you’re sighted, chances are you’ve never noticed. Why would you if you’re not a braille reader? Therein lies the problem……..

I’d be willing to bet most of the braille fails shown below were made by sighted people who never took the time to think about the end readers. I’d also bet their intentions were honorable at the time but come-on; is it really too much to ask for them to think a little more about the blind population who will be reading said braille?

Maybe the embarrassment of these fails will make them think twice next time. Enjoy! 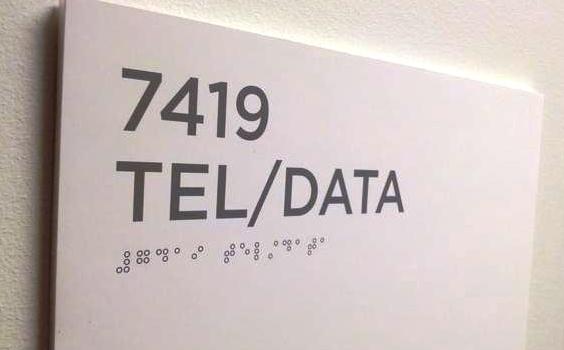 Whatever company hung this sign on their wall was either trying to be compliant with the ADA by including braille or trying to pull a fast one by making themselves look compliant. The braille characters are in print only and cannot be felt by hand.

I’m sure the Kansas City Starlight Theatre had the best intentions when designing this billboard but I doubt anyone’s going to want to climb the ladder to reach the braille on this giant sign. At least I hope not! Doesn’t look like the braille is tactile anyway. 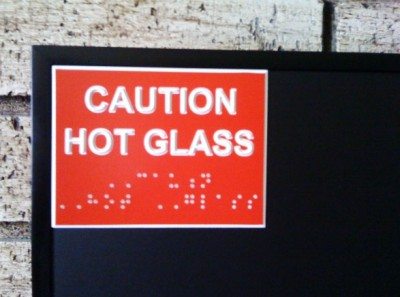 This one is painfully obvious! If you don’t want people touching the hot glass; don’t hang a sign that has embossed braille on it. 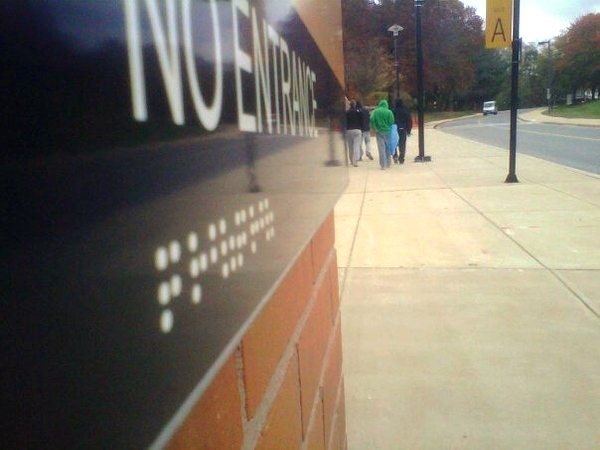 Not only is the braille on this “No Entrance” sign illegible because it’s not tactile; it doesn’t even list the correct braille characters. 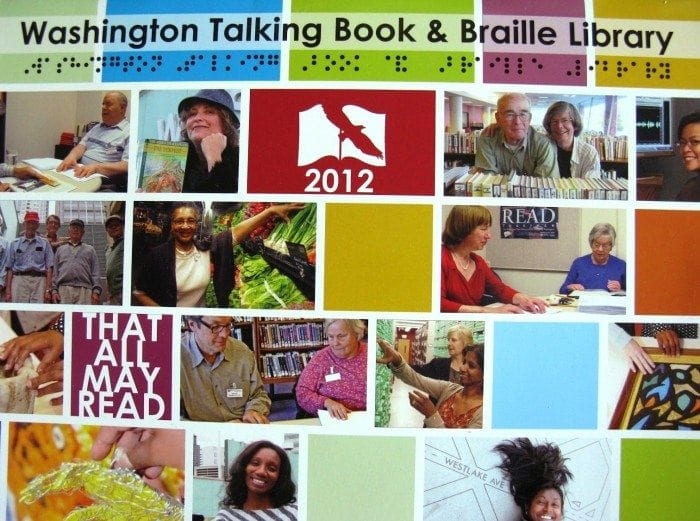 You’d think if anyone could get braille right it would be the folks at the Washington Talking Book & Braille Library. Think again.  Here’s a shot of their 2012 calendar featuring braille under the title; only problem is it’s print only. Duh! 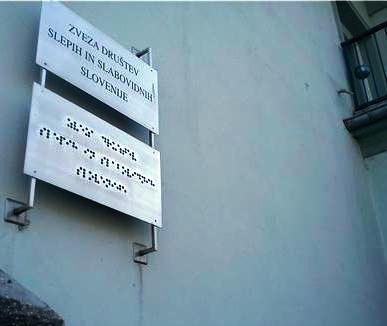 Here’s a sign that’s mounted outside the Association of the Blind and Partially Sighted of Slovenia. They got the braille right but how is anyone going to reach it when it’s 10 feet above the sidewalk? That’s a 2nd story balcony in the background! 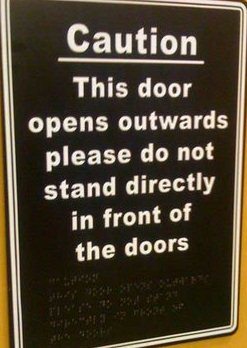 This one is pretty self explanatory. Perhaps this print & braille sign should’ve been placed on the wall next to the door. 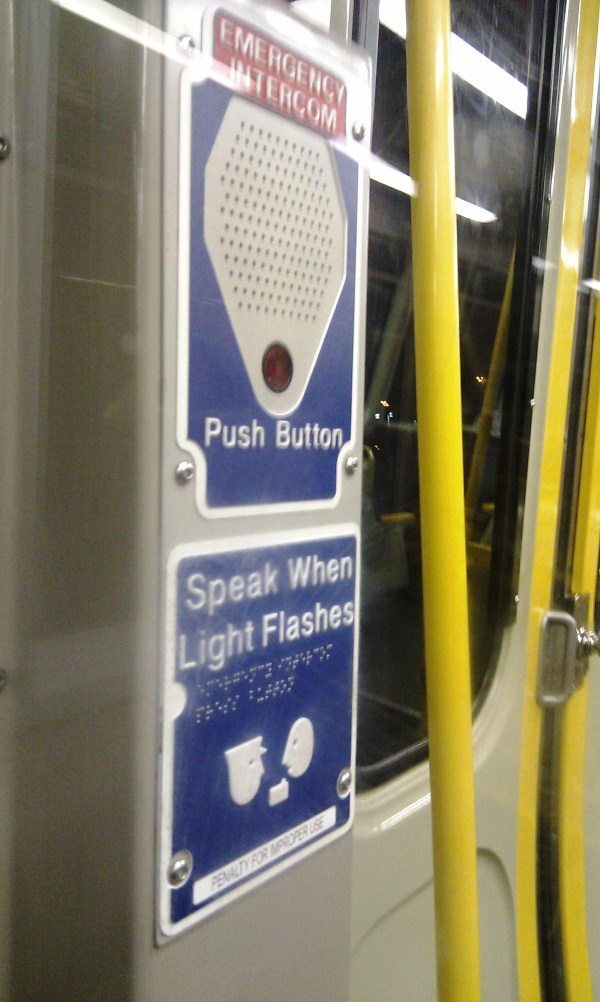 This emergency intercom on a subway car is hilariously asinine! Did the manufacturers even take 5 seconds to think about blind people who may need to call-in an emergency? 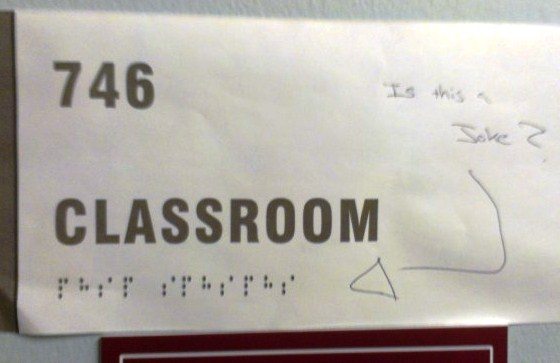 Is this a joke? I sure hope so because you’d have to be pretty dense to think blind people could read this sign. 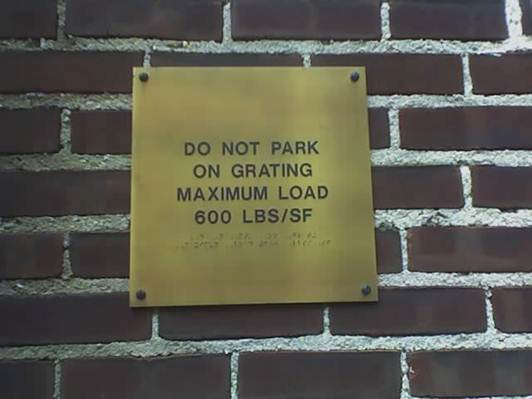 This fantastic braille fail was spotted by one of my followers on Twitter. What a riot; braille on a no parking sign! The braille transcription is right-on but lets hope there aren’t any braille readers driving around the area.

Perhaps in the future more sign manufacturers, office managers and printing & marketing agencies will be more conscious about exactly what the ADA requires and how people read braille.

Until then, Braille Fails Abide.