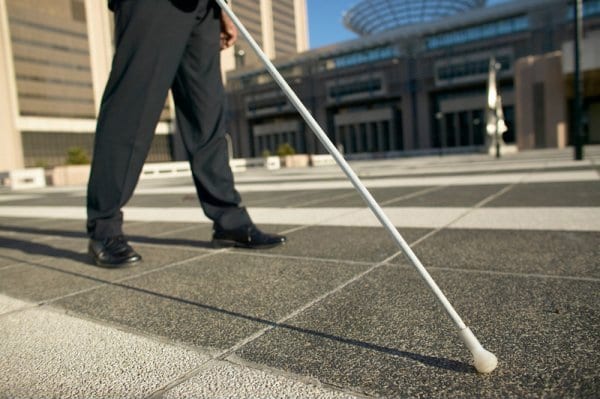 President Lyndon B. Johnson proclaimed White Cane Safety Day in 1968, as October 15th of each year. In like manner, each president since Johnson has recognized blind Americans on October 15th. President Barack Obama elevated White Cane Safety Day to Blind Americans Equality Day with a proclamation that states: “On Blind Americans Equality Day, we celebrate the achievements of blind and visually impaired Americans and reaffirm our commitment to advancing their complete social and economic integration.” It’s certainly a special day for America! We look forward to the ways President Donald Trump will champion and observe October 15th.

White canes are an aid for a person with a visual disability or blindness. They use the cane for independence in mobility and navigation. A white cane also makes people aware that the user has a visual impairment. White Cane Safety Day stands as a reminder that people who are blind and visually impaired are equal to those who have sight.

White Cane Safety Day and Blind Americans Equality Day is more than spreading awareness, it is a day to educate the public and change mindsets, regarding individuals who are blind.

What do we mean when we say equality or equal to?

“In 1963, [when the National Federation of the Blind sought to have White Cane Safety Day proclaimed as a recognition of the rights of blind persons only] a comparatively small number of blind people had achieved sufficient independence to travel alone on the busy highways of our nation. In 1978, [10 years after White Cane Safety Day] that number has not simply increased but multiplied a hundredfold.” All that to say, it’s not because people with blindness didn’t have the desire to travel alone, but because cars wouldn’t stop and travel wasn’t accessible. White Cane Safety Day set the precedence that Americans with sight and Americans with blindness have the same civil liberties and access to the roads.

Here at Braille Works, we advance that independence and equality by supplying the government and business communities with accessible communications for their customers who are blind or visually impaired– Making the World a More Readable Place™.